9 interesting things to experience in Paraguay

Nestled in the heart of Latin America, Paraguay is defined as one of the most characteristic tourist destinations in South America thanks to its unspoiled natural beauty.

A country little known even by the inhabitants of neighboring nations, but a wonderful and unmissable place thanks above all to the fact that it is trying to overcome its political, economic and geographical isolation and finally open its doors to tourism after being freed in 1988 from 60 years of dictatorship.

A country to be discovered with imposing rivers, the Rio Paraguay and the Rio Paranà, a warm tropical climate, 300 days of sunshine a year, quiet cities, unspoiled, wild and luxuriant nature, few tourist facilities, welcoming and helpful people, lagoons reminiscent of the Bolivian ones, dozens of national parks with hundreds of animal species and, last but not least, a very low cost of living.
Sailing on the Rio Paraguay in the Pantanal, a territory whose biodiversity is known all over the world, shared with the Brazil, the spectacular Iguazu Falls, shared with Argentina and Brazil, the Estancias, large agricultural estates where it is possible to spend a few days sharing the life of the gauchos; bask in the sun on the beaches of Encarnation, visit the Itapu Dam, the second largest hydroelectric project in the world, experience the tranquility of cities like Conception or Hernandarias while sipping Yerba Mate. Finally, the Jesuit and Franciscan Reduciones, some of which have been declared a World Heritage Site by Unesco. It is one of the few countries where the official languages are two: Spanish and Guaranì which, to preserve its culture, is compulsory in schools and known by most of the inhabitants. 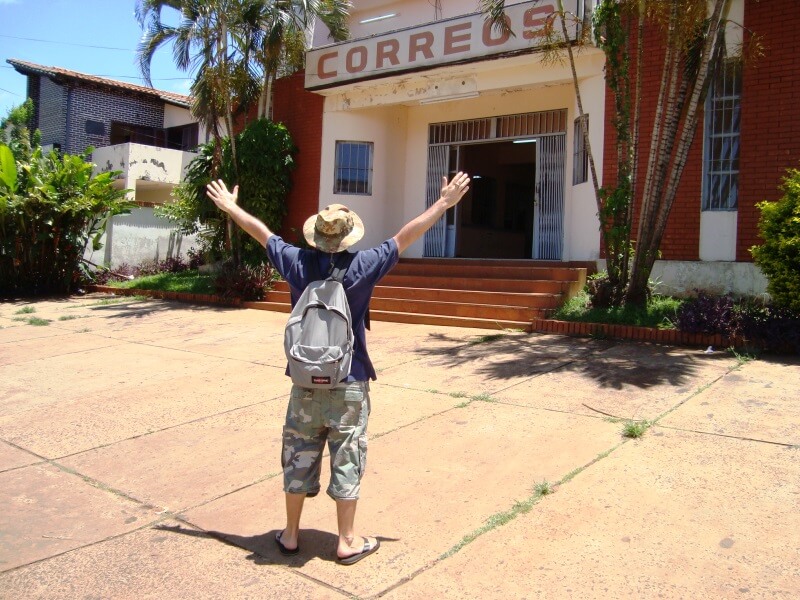 Paraguayans are incredibly kind, hospitable and generous. Don't be surprised to be invited to drink their beloved tereré (a true institution that is prepared with ancient rituals and consumed frozen) or even sleep in their home.

The country is really cheap. A typical lunch costs € 2-3, transport and the cost of living in general are really low, in short, an ideal country for those traveling on a budget.

Because it is a one of a kind destination that few people visit, where everything has the feeling of being authentic and not a tourist trap. Sites such as Santísima Trinidad de Paraná can be visited in peace, away from mass tourism.

Here are nine activities that we recommend to experience to better discover this country! 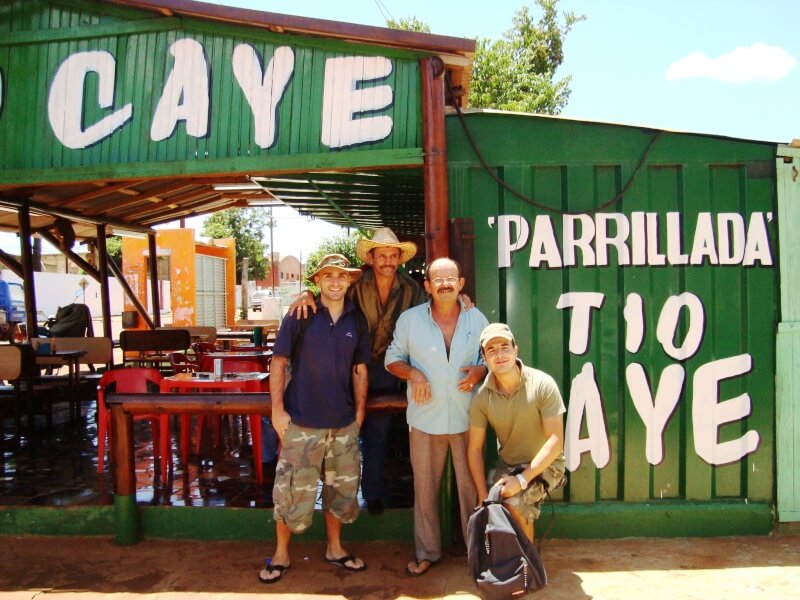 Asuncion founded in 1537 by the Spaniards.
It is a very welcoming and modern city, full of colonial buildings, historical sites, excellent restaurants and accommodation.
Do not miss Plaza de los Heroes, Manzana de la Rivera, the Church of the Holy Trinity, the Cathedral of Asuncion.

Consider a city tour of the capital starting from the Government Palace, passing by the monument of the National Pantheon of the Heroes, to get to the National Theater. On this tour you can have fun shopping in the typical streets of the capital and you can also stop at the most famous local fruit market in the country.

Consider a day trip from the capital Asuncion, this reserve has preserved the biological and natural diversity of the entire area.
The area is lined with Chachi, a delicate endangered fern, a natural habitat for native armadillos, rodents and rabbits.
The more adventurous can also try their hand at adrenaline-pumping activities such as ziplining, walking on suspension bridges and abseiling along sheer walls. 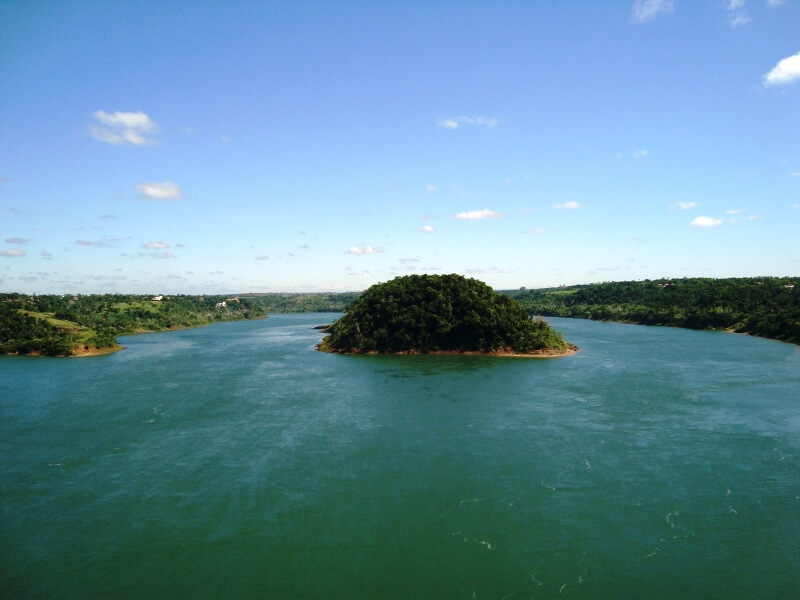 Another day trip from the capital Asuncion, just two hours away by car.
In the Parque Nacional Ybycuí you can see tropical birds and capuchin monkeys, as well as a museum to learn about the history of the region. There are guided hikes you can join to see the falls and take a dip to cool off on a hot day.
Stop at the historic site to learn about the restored iron foundry and the Arroyo Mina recreation area.

Ciudad del Este is a very young city, founded just in 1957, the result of an urban agglomeration of several centers formed next to the Itaipù Dam, one of the largest hydroelectric basins on the planet which has now become the most famous attraction in the country.
Ciudad del Este is located on the border with Brazil and Argentina, a position that makes it a free port for trade and which has therefore pushed its growth exponentially in recent decades.
Also from a tourist point of view, Ciudad del Este is very popular because it is the starting point for visiting the nearby Iguazu Falls, the Itaipù Dam and the Monday Falls.
The city is multicultural and is mostly inhabited by Taiwanese and Lebanese.

Have you ever boarded the first bus headed out of town to an unknown destination?
This is what we wanted to experience in Ciudad del Este.
Destination: Boh! We'll find out along the way.

Shortly after the Itaipù dam, half an hour's walk later, we stop in Hernandarias, a town famous for ... we'll find out on the way!?!

Without goals or programs we decide to go down a street that seems quite lively (three dogs and a cat); an old woman approaches and tells us to be careful with the video camera and the camera… Welcome!

5. The Holy Trinity of Paranà

This Jesuit mission is a typical example of a colony founded by missionaries in various places in South America between the seventh and eighth centuries.
The ruins are located along the Parana River between southern Paraguay and northern Argentina, near the town of Encarnacion.
The remains are well preserved and the central square, the large church and some old houses can be identified. 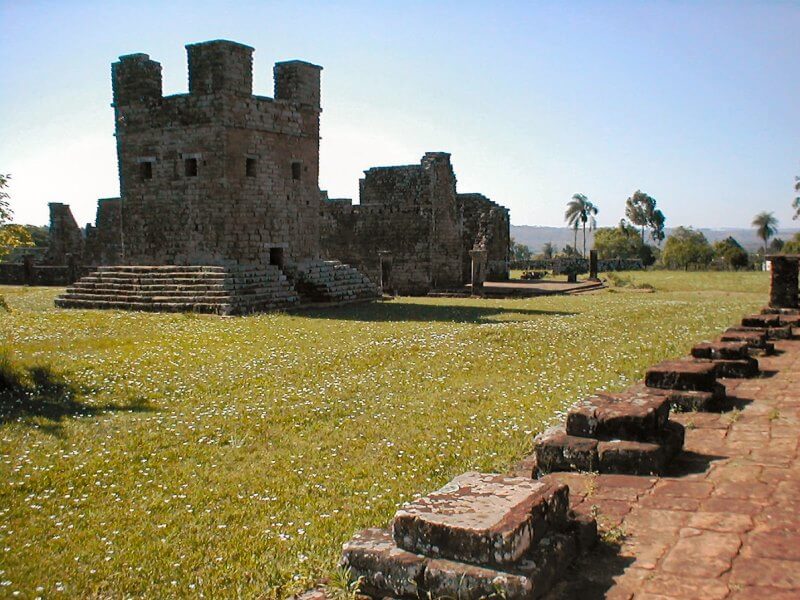 Affectionately called "the pearl of the south", Encarnación is the most beautiful city in Paraguay.
Locals flock to its fabulous promenade, graced by a pleasant beach and lined with cheap and cheerful bars and restaurants.
Shoppers will be in their element here.

It is an impressive waterfall about 45 meters high and 120 meters wide which unfortunately takes a back seat due to its proximity to the Iguazu falls.
It is only 10 km from the center of Ciudad del Este and is a quiet place to spend a few hours away from the chaos of the city and the crowds visiting the nearby Iguazu Falls.
For the more adventurous, inside the mini park there is also a zip-line, a restaurant and some interesting trails. 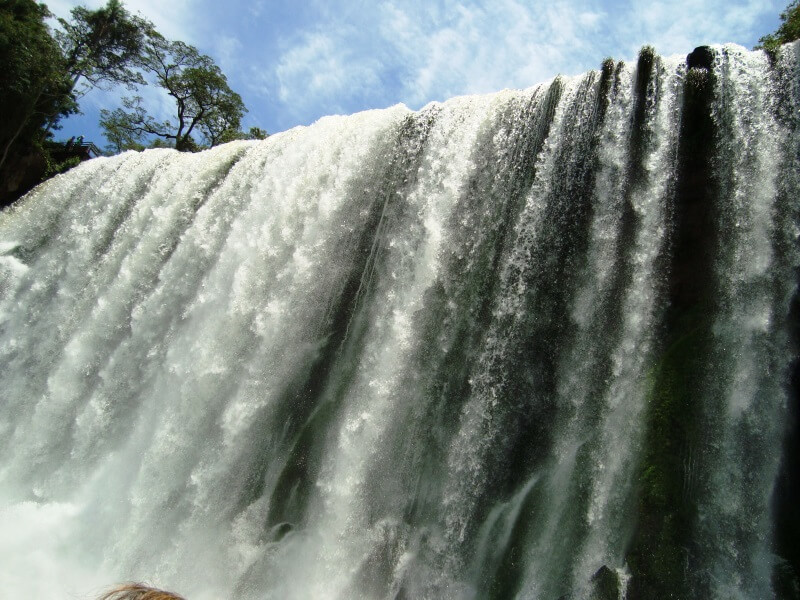 As one of the seven engineering wonders of the modern world, Itaipú Dam is worth a visit for this prestigious title alone. This huge structure - surpassed only by the Chinese hydroelectric dam - is one of the largest in the world, generating about 75% of Paraguay's electricity. It even boasts a carefully designed ecosystem for native birds and fish. Take advantage of a guided tour or a fishing trip to admire the wonder of this man-made wonder.

The tour is basically offered by the government and is completely free and consists of an introductory video about the project and then a bus ride on the dam with two stops where you can take some photos.

They may not be ancient ruins or breathtaking landscapes, but the dam is certainly impressive and especially worth a visit in these terms. There is one tour per hour, from 8:00 to 16:00 every day. 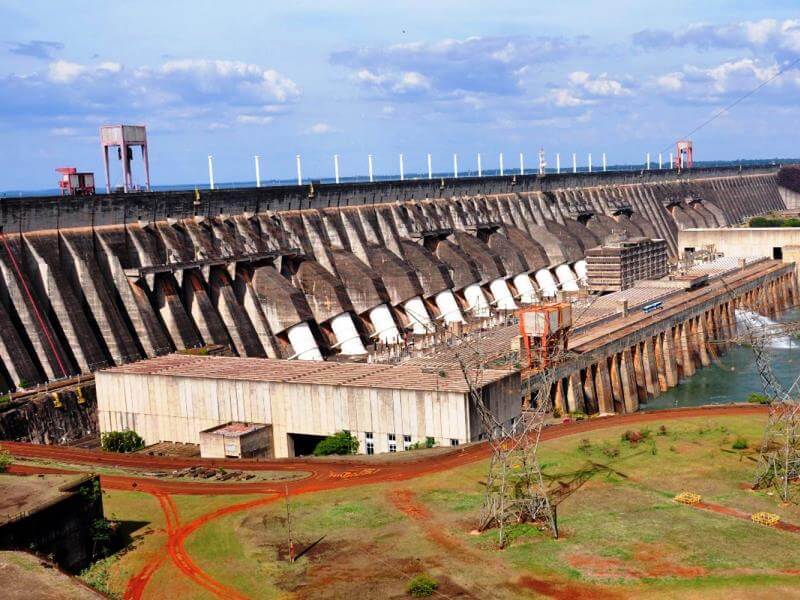 The stunning Iguazu Falls straddle Brazil, Argentina and Paraguay, however from the latter country it is rather difficult to access.

Iguazu includes 275 waterfalls with heights of up to 80 meters, extend for 2.7 km and have a water flow rate of 1.9 million cubic meters per second.
The best way to visit them is to "cross over" to Puerto Iguazu, Argentina, which is only 40 km from Ciudad del Este in Paraguay.

Mozambique - Bazaruto Island in the family

Safari in Africa with children

Paraguay - 9 interesting things to do 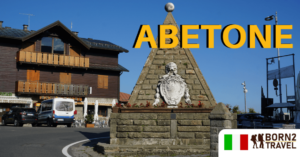