Best time to visit:
All year round

Essential experiences:
Meet one of the revolutionaries of Leòn and spend a few hours listening to his stories of that intense period for his country; Stroll through the colonial streets of Granada admiring the thousand colored doors; Spend a few days in the unspoiled nature of Isla de Ometepe. 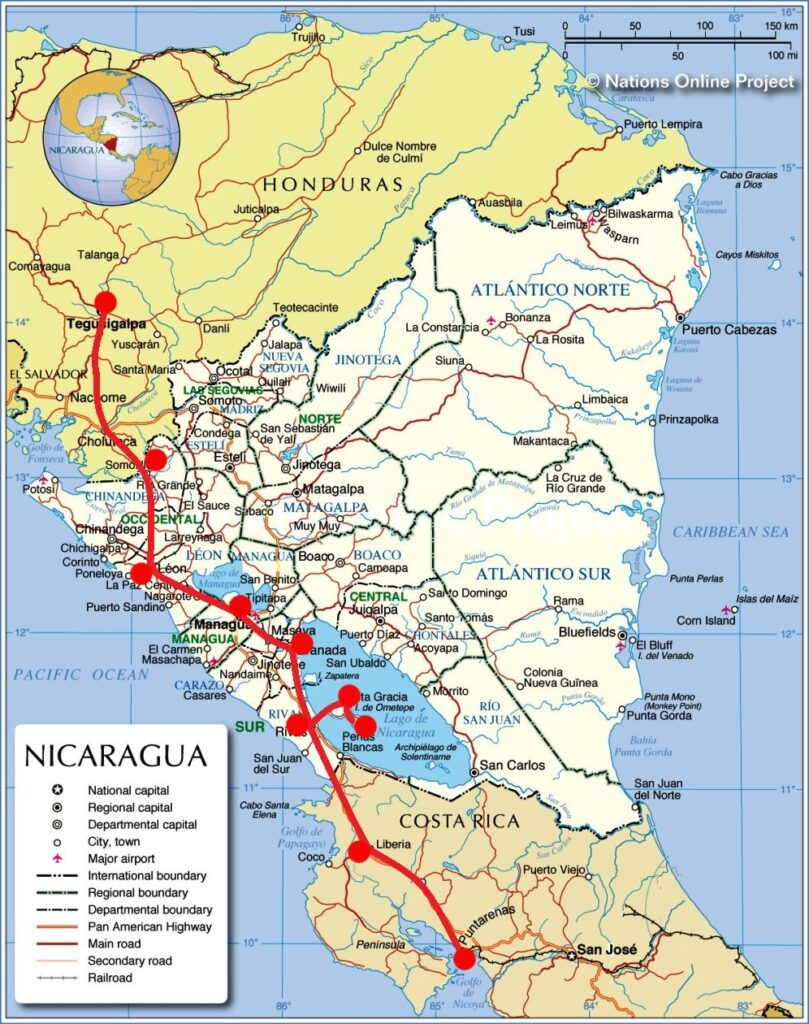 Be enchanted by the revolutionary stories of the inhabitants of Leon or Granada, enjoy nature on the magnificent Isla de Ometepe with its volcanoes.

In this wonderful adventure we focused on some Central American states; slowly, on the road, using hundreds of colorful local buses and vans, we traveled the long stretch of land that connects the two Americas.
We started from Guatemala after falling in love with its ancient Mayan culture, its traditional clothes, its markets and its religious people, we crossed the small El Salvador hitchhiking stopping in the most suggestive towns; we then continued south through the infamous Honduras with its Mayan sites and tropical islands; we fell in love with Nicaragua with its colonial cities, its volcanoes, its people of the "revolucion" up to the very modern Costa Rica, with its beaches, its national parks and its lush nature! We only skipped Belize and Panama, having endorsed them on previous trips!

Here is the part dedicated to Nicaragua!

It's 5 in the morning and we are in Tegucigalpa, the capital of Honduras! At dawn our adventure to Leòn begins. We cover 250 km in 10 hours! That's Central America!
First a bus to Choluteca, a village an hour from the border where there was not even asphalt! Only stalls and confusion.
On board a minivan, with a Dutch couple: Martin and Maria we reach the border with Nicaragua for the usual pleasant walk between one immigration office and another.
Stamp of salida from Honduras, change the lempiras in cordoba from one of the many junk dealers on the street, we cross the bridge that divides the two nations when a big bill gives us the "Bienvenido in Nicaragua”.

The rude Nicaguarese immigration agents charge us $ 12 apiece for entry without giving us any further explanations and just in time to run to the small bus stop for Leòn ... maybe! In fact, we soon discover that we can only continue to Chinandega, a hub town in the hinterland, from there we finally manage to reach our desired destination.

We stay in a small oasis "Casa Ivana", a stone's throw from the central square and despite the fatigue, left the backpacks and after a relaxing shower, we dive into the streets of this town "with decadent colonial charm" as Lonely Planet defines it .
Everywhere murals testifying to the recent past of the revolution and the civil war, this nation has really suffered so much from its civil war and still shows its signs everywhere.

Museo de Leyendas y mitos. A boy guides us by telling us the old Leonese legends up to the descriptions of the bloody tortures and outrages to human rights that perpetrated until 13 June 1979, when the commander Tellez opened a passage in the defenses of Somoza, freeing all prisoners.

We move towards the "Basilica de la Asunciòn" and right in front of it stands the "Museo de la Rivoluciòn", we decide to stop and visit it. We are led by Marcelo, a guerrilla fighter for the free Leon revolution.
Marcelo explains in detail the whole history of Nicaragua starting from General Sandino, his life, his deeds, his battles and the dream of freeing Leòn, the love for his country and his people, the climb to the power of the Somoza dynasty, the revolutionaries united with one purpose, the fighting women, barbarism, violence, suffering but with them the great hope of being free, of walking peacefully on the streets of your country, of expressing your own thought. That's why Marcelo took up arms at the age of 16. It was moving to see that man talking about war, a war experienced firsthand with the heart and soul.
Viva la revoluciòn, viva Leòn libera.

Today the inauguration of the new central square is celebrated and there is also the inauguration speech of the new mayor! The festively lit Basilica de la Asunciòn is even more beautiful! They set up a stage on which many dancers performed in Nicaraguan folk dances with masks and fireworks.

We decide to stay another day to enjoy this delightful town even more!
Timeless alarm clock, relaxing breakfast with yogurt and fruit in the garden, aimless stroll through the characteristic streets of the city, visit the cathedral and its dome; lunch at the usual place "Asados de Pelibuey" and long visit to the "Ortiz Gurdian" Museum, famous because it contains the most important collection of paintings from Central America.

After a fleeting bus change in the capital Managua we continue towards the old Granada. Shortly after we are already comfortably seated in the main square enjoying an excellent "vigoron" (yuca in mashed potatoes, slightly spicy vegetables and fried pork rind)!

With a "raspados" (a sort of granita with spices or tropical fruits) in hand we walk through the narrow streets of this pretty colonial town.
The churches follow one after the other, all with very picturesque but somewhat sparse facades inside.

We visit the house where Sister Maria Romero Meneses lived, the first saint of Central America.
We end the day in the central square where a good band plays old songs while homeless and various homeless people dance happily. What a feeling of peace and union, it seemed that prejudices and differences no longer existed.

Classic transfer day. Various buses, a few hours of travel and here we are at the port of San Jorge ready to embark for Moyogalpa, in the’Ometepe Island.

We have lunch with “pollo asado con arroz y frijoles” in the “Tiburon” restaurant a stone's throw from Lake Nicaragua.

We wander a little by bicycle through the streets of this peaceful village before retiring to our oasis of peace "Soma hotel" in the most lush greenery to prepare for our next trips.

We come to know that the "Rincon de la Vieja", a volcano in the north of Costa Rica is in full eruption which is why we are forced to change all our plans ... but that's the beauty of road trips.

We rent a scooter and set off to discover the island that will host us these days.
We decide to start from the east bank, from Playa Santo Domingo.
On the street we are enchanted to admire the peaceful flow of the life of the islanders, hundreds of free and wild cows and horses observe us a little perplexed, many scenes from "The old farm" with piglets, broods, chicks ...
An hour and a half later we find ourselves in the town of Altagracia, we check the map and: "Hell, we went a little too far" ... we ask for information on the usual smiling and helpful islander and 15 minutes later we park our scooter on the banks of the rough lake, we are in Playa Santo Domingo.

Our eyes fill with wonder: "Ojo de Agua". A real natural swimming pool in the heart of the jungle fed by sulphurous, volcanic water with its backdrops with so particular colors that only Nature can paint. We thus spend several hours in complete relaxation dozing under a palm tree or enjoying this fresh water.

We skirt the slopes of the imposing Conception Volcano until we reach Charco Verde.

A journey into the wildest nature along the banks of a mangrove lagoon and the majestic Lake Nicaragua.
What a feeling to sit on the shoreline of the stormy lake, the trees bent by the wind that plunged with their peaks in those waters so murky created disquiet.
We looked like two castaways.

Punta Jesus Maria. The meeting of two small bays. The Conception volcano observes us severely from above, the red waters for the sun seem to dance, a small tongue of black volcanic sand leans shyly towards the distant opposite shore ... a lone heron seems to admire the sun that greets us slowly ...

We, ecstatic, take so many photos and videos that, almost by magic, both batteries advise us to enjoy that show with the heart and eyes, impressing those images in our soul instead of on a film ...

At 6.50 we get on the bus that leads us to the slopes of the Concepcion Volcano.
After an hour and a half walk, the real climb begins.
From 100 to 400 meters there are no big problems, Nain, our guide, often stops to show us the flora and fauna of this beautiful island, legends, anecdotes and many funny stories.
The butterflies follow our path, yellow, white, red and black ... beautiful.
Then sweat, fatigue, heat, pain in the legs ... small stops to catch your breath ... we see various types of monkeys, colorful birds, strange insects, old trees up to our destination: the Mirador. The view is breathtaking, the strong wind almost moves you. Before us the lake, the whole coast in its splendor; behind us the solidified lava of the imperious Concepcion volcano.

We leave the island for Costa Rica.
A ferry, a taxi and various buses take us to the border. Never seen such a long tail.
After the usual paperwork (it takes almost two hours!), We take a bus first to Liberia and then to our final destination: Playa Tamarindo!

When we cross the border we find that the whole landscape changes, if so far, passing from one country to another we had not noticed big differences, this time instead ... people no longer jump on the buses still running but form the orderly rows, you can see boys well dressed and often with surfboards under your arm and everything has exorbitant costs ... 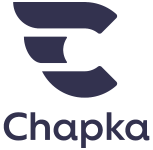 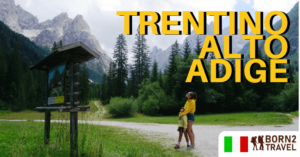