Best time to visit:
Here, abundant rainfall is recorded from November to mid-February, which is why almost all hotels close during this period.

Vaccines
Malaria is absent in urban areas and coastal areas but is present in different areas of the country. Dengue is present: taking the necessary precautions to avoid being bitten by mosquitoes.

At the table:
The gastronomy of Brunei is greatly influenced by Chinese, Malay cuisine and in general by the culinary traditions of Indonesia. The main local dishes can be tasted in the restaurants of the capital or bought from the numerous street vendors who swarm the evening markets. To taste are: the nasi lemak, or rice in coconut cream and steamed with the addition of vine leaves; nasi goreng, fried rice with soy sauce, garlic, shallot and winter onion as a garnish; rendanf, a beef-based dish, and kueh melavu, a sweet pancake stuffed with peanuts, raisins and sugar. The choice of exotic fruits with a thousand colors and flavors such as mangosteen and carambola also known as "starfruit" for its star shape is really wide. As for drinks, the most popular is the unripe coconut milk granita. 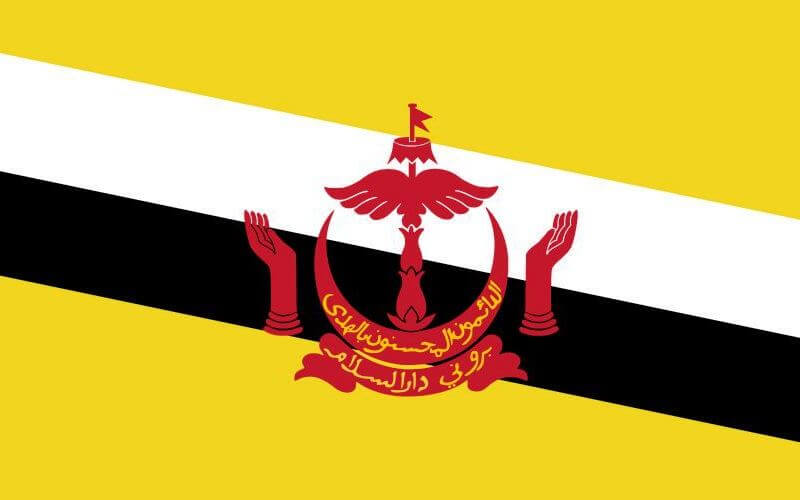 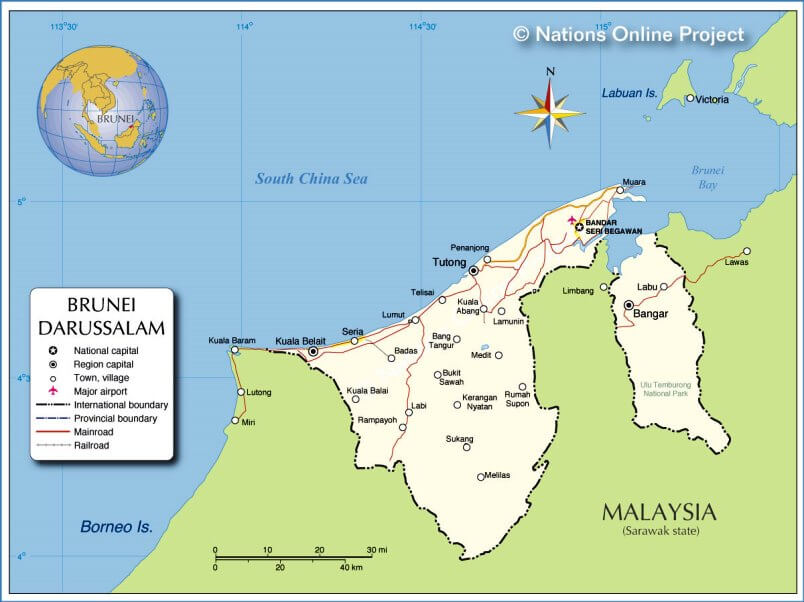 Warnings:
- Do not drink water from the tap
- Pay attention to your dress code, remembering that you are in a very traditional Muslim country

Essential experiences:
Ride aboard the colorful water taxis along the canals of the capital while the gold domes of mosques and buildings with oriental shapes are reflected in the water; Go to Kampung Ayer, the village on the water, to take a memorable walk along the walkways that run around the Omar Ali Saifuddien mosque; Go shopping in the Tamu Kianggeh open-air market

At home of the rich sultan

The small Sultanate of Brunei, immersed in the island of Borneo, its canals crossed by powerful spears, its mosques and its beloved sultan.

On the north-western coast of Borneo, overlooking the South China Sea and bordering Malaysia, is the small Islamic sultanate called Nagara Brunei Darussalam, that is, "Abode of Peace".

A very rich state thanks to oil - and famous for the luxurious and comfortable life of its sultan, a certain Kebawah Duli Yang Maha Mulia Paduka Seri Baginda Sultan Haji Hassanal Bolkiah Al-Mu'izzaddin Waddaulah ibni Almarhum Sultan Omar Ali Saifuddien Sa'adul Khairi Waddien , for friends: Hassanal Bolkiah.
In 1997 he was the richest man in the world with a personal fortune of $ 53 billion. Its wealth comes from its total and absolute economic control of the country and from the income from the numerous oil wells scattered around the country.

He is a man who flaunts his image and wealth everywhere here.
You can find it on the wonderful banknotes and coins, on postage stamps, on blow-ups in uniform, now as a navy admiral, now as an army or air force general or as a police chief.
It is said that he had one built for his wedding Rolls Royce tutta in oro zecchino…

Much of the country is still unspoiled and mostly unknown to mass tourism. So don't expect a glittering Dubai-style nightlife, with the glitz of typical five-star entertainment.
In Brunei, alcohol is almost unavailable and the nightlife is almost non-existent!

The capital is Bandar Seri Begawan, in Malay it means "port of the honored ruler".
After being razed by Allied bombing towards the end of the Second World War, it was completely rebuilt with wide streets and administrative buildings.

Also very striking is the Omar Ali Saifuddien Mosque, designed by the Italian architect Rodolfo Nolli, and surmounted by an imposing golden dome that stands out on marble walls from Italy. The mosque is a classic example of Islamic architecture, a sacred place with its towers and 52-meter golden dome reflecting on the surrounding lagoon.

Also worth a visit is the Istana Nur-ul-Iman palace, which is located on a promontory overlooking the capital and offers a splendid panorama, the official seat of the sultan: it is considered the largest building in the world, with its two thousand rooms, a sumptuous throne room and party room that can accommodate over four thousand people and the Royal Regalia museum, dedicated to the Sultan of Brunei, with a vast exhibition of objects belonging to the monarchy and the collection of lavish gifts that the Sultan - also owner of six exclusive examples of the Ferrari 456 Venice designed by Pininfarina - received from the powerful of the world.

Don't miss the rides in a water taxi, discovering the life of fishermen, while the golden domes of mosques and buildings with oriental shapes are reflected in the water.

As for the beaches, the best known is Pantai Tuton, located on a strip of land bordered by the Ocean on one side and the Tutong River on the other. Its white sand is the most beautiful in Brunei and, in fact, its name, translated into Malay, means: "the unforgettable beach". 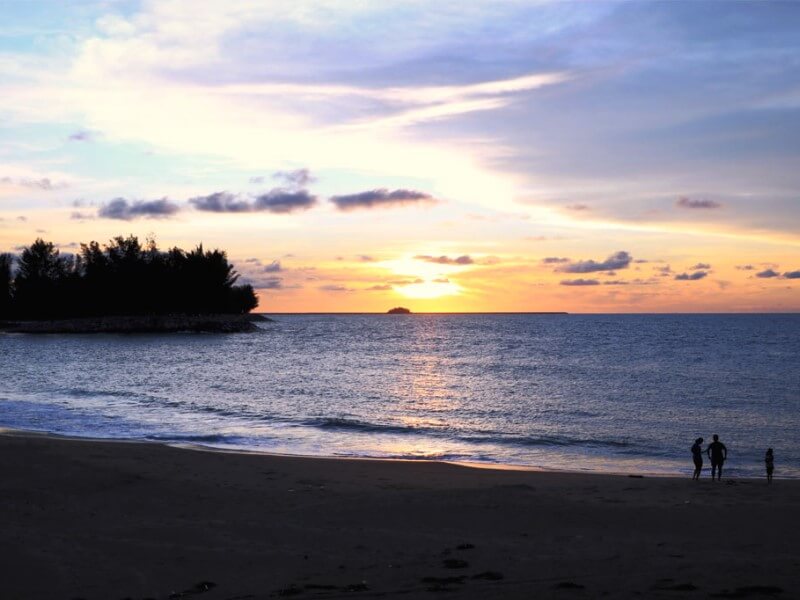 The festivities of Brunei

They are numerous and linked either to Muslim recurrences or to salient events in the history of the sultanate.

Aid-Milad-an-Nabi is the day of the month of March in which the birth of the Prophet Muhammad is commemorated. The sultan gives an official speech and leads a procession along the main streets of the capital. On February 23, however, the National Day (Darussalam) is celebrated in memory of the conquest of independence from Great Britain. The Chinese New Year (Vajrayana) which takes place between January and February and is celebrated by the large Chinese community of Brunei and which lasts two weeks is also very interesting.

Before leaving, however, visit the Kianggeh market.
Food street market in the city center and open until late. Since there are no bars, discos or other similar places, only here you can immerse yourself in the daily life of the local population. You are immersed in a thousand smells from known and lesser known spices as well as many local handicraft products!

The time has come to leave! For where? Consider that Bandar Seri Begawan international airport is connected with many cities throughout South East Asia and Australia as well as low cost flights to Malaysia and Indonesia ...
Also consider the idea of a bus that will take you to the discovery of Malaysian Borneo ... but that's another story! 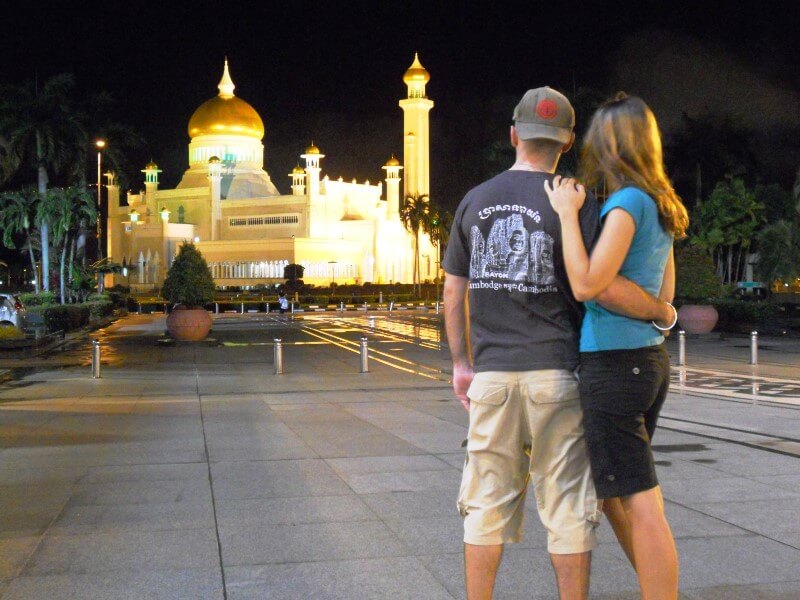 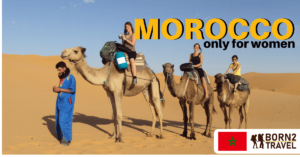