In a word:
Faleminderit (thanks)

Essential experiences:
Be enchanted at sunset in the romantic Prizren while sipping a drink in one of the many clubs near the famous bridge; Take a step back in time by entering one of the many ancient Orthodox monasteries in Peç; Understand a little bit the history of this country in the Ethnological Museum of Pristina. 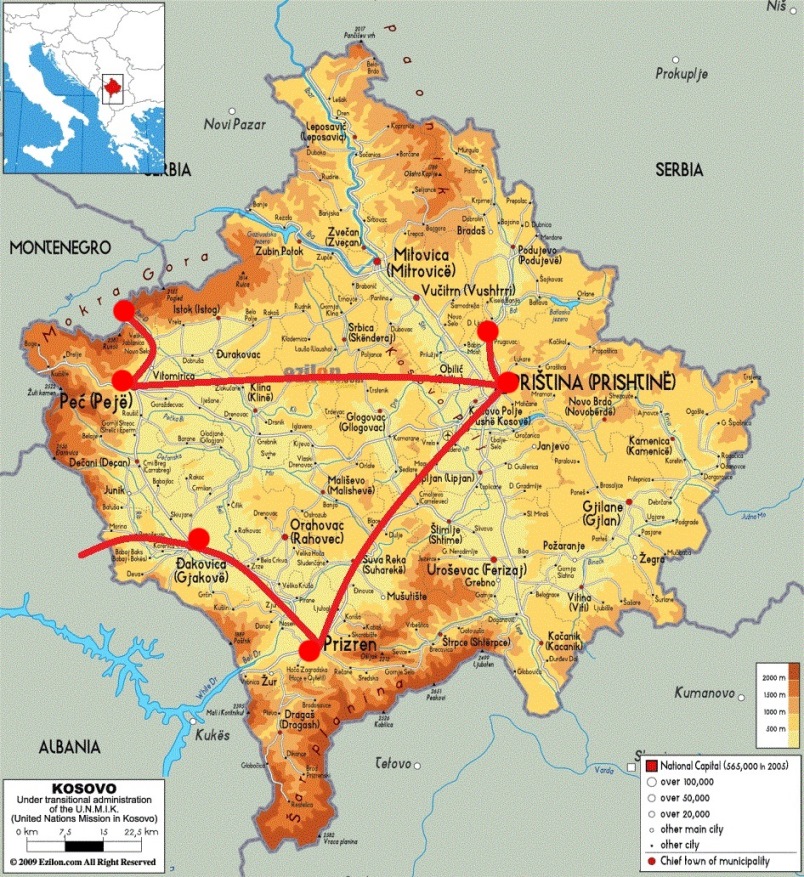 Enjoying a byrek in Prizren

Put aside the initial fears: we discover a fascinating land! The jewel of Prizren, the sad story of Pristina up to the Orthodox churches of Peç.

In this adventure we started from Tirana, the capital ofAlbania, to discover the lesser known countries of the Balkans: the newly born Kosovo and the little one Montenegro! We traveled using only local means trying to confuse us as much as possible among its people.

It was not without fear that we entered Kosovo, the youngest country in Europe by land (declared its independence in February 2008) and still unknown to many.

Tourism in Kosovo is still poor, the country is visited only by a handful of daredevils who are not influenced by its recent past!
The local currency is the euro, and yet it is really cheap!

Everyone knows that there was a violent civil war not long ago and there are still tensions in the country, but for tourists visiting Kosovo there is nothing to worry about.

We, while traveling alone, on adventure, backpacking, have never had any problems. Everyone around was super friendly, trying to help us even when we didn't need it.

Kosovo will not be one of the most spectacular destinations of your life but you could fall in love with its cafes, its atmosphere, its landscapes and its people!

Today we leaveAlbania and we enter Kosovo!
I am very excited and in my heart: tense; the memories of the images of the news, the ethnic cleansing of Milosevic, war, devastation is still so alive!
The border is very close to Bajram Curri and, easily, after a stamp on the passport we set foot in the youngest nation ofEurope.

We proceed inbound Djakova and along the way we chat for a long time with the kind Qimal about history and politics, he tells us many anecdotes of this tormented people and, once again, I realize how much we are influenced by the media or books ... how ready we are to feel hatred or resentment towards a people only because the news shows us what who are forced to show!

I think about when I was in Belgrade or in Mostar and the Serbian or Orthodox Bosnians spoke with hatred of their Albanian or Kosovar cousins, I think of the boats overflowing with poor wretches who left their beloved country to seek their fortune in Italy, I think of how quickly we are ready to criticize!
Entered in Kosovo I am struck by the numerous cemeteries, gravestones almost everywhere, monuments of military heroes, American flags ... suddenly an Italian Army truck passes us ...

Just beyond an immense field with black marble headstones that emerge everywhere, I ask Qilam to stop for a moment, I cross the threshold and I notice that everyone has the same date of death ... history does not teach!

Near the beautifully restored fifteenth-century Ottoman bridge stands the "Sinan Pasha" Mosque which is slowly returning to its former glory and is preparing to become the symbol of Prizren again.

Nearby are the famous Gazi Mehmed Pasha baths and the Orthodox Church of the Holy Savior; the latter is not open to everyone, only a few years ago the barbed wire surrounding it was removed in addition to the armed guards who protected it. Recall that 96% of Kosovars are Muslim and there are 28 mosques and three churches in Prizren.

We thank the gruff-looking caretaker with an Albanian: "faliminderit" (thank you) and he, troubled, replies in Serbian: "No, here hvala"! (thanks in Serbian).

Symptomatic episode of the situation experienced in this area of the Balkans.

On the way up to the 11th century fortress of Kalaja, we meet Jaemin, a young South Korean, crazy to tie!

We are immediately impressed by it! His plan is to learn a traditional song in every country he visits ... and here he is singing in an almost perfect Italian: "Azzurro" by Celentano ... he is immediately our friend! but he conquers me even more when, singing a nostalgic old Yugoslavian song, he melts the grumpy guardian of the Orthodox church who accompanies him deeply moved by his arm!

We move to Pristina, the capital, in two hours by bus. Arrived we take a taxi that will work very hard to find our hotel. We get into various narrow streets and then come out in a very lively market when in the middle of the stalls we read: "Istanbul Hostel": we have arrived!

We are located north of the Vellusha District, among the winding streets full of fruit and vegetables not far from the "Clock Tower", where, almost everywhere, various mosques sprout, in particular that of Jashar Pasha and Sultan Mehmet Fatih. We reach the "Ibrahim Rugova" square where we have lunch at the good "Pishat" with spicy "qyfte" meatballs accompanied by "kos" (local yogurt) and typical bread.

The "Ethnological Museum" is very interesting, inside an garden you can see an Ottoman house that illustrates the uses and customs of this civilization, there are traditional clothes, furniture, inlaid carpets.

It is late afternoon when we climb the bell tower of the Church of Mother Teresa to enjoy the panorama of Pristina from above.

Today we decide to reach the town of Graçanica ... We walk the long journey from our hostel to the bus station, it's very hot today. We continue along Mother Teresa Boulevard and then Bill Clinton's.

We cross desolate areas, old Yugoslavia style, up to our bus.

After 15 minutes of driving we enter this "strange" town, a Serbian flag waving at every lamppost, almost all cars have the Serbian license plate and you can also pay in dinars as well as reading the Cyrillic signs and listening to the inhabitants talking using the language of old Yugoslavia in this small Serbian enclave located in the center of Albanian Kosovo.

The monastery we were headed to can only be seen from the outside because two nuns, with beards, drive us out badly for our shorts.

Patience, certainly could not miss a visit to this small reality which, despite history, claims its identity.

This morning we woke up with the desire for croissant and cappuccino and we will not start the day until we find them! First bar: only coffee and a glass of water; second bar: ditto; the third: cappuccino yes but nothing to eat ... we ask around and, in the end, we find a bakery with huge croissants ... We return to the cappuccino bar and finally we can begin our well-deserved Italian breakfast! Sometimes it takes!

We skirt the river, the air is fresh despite the scorching sun; everything around us is mountain, we are in the embrace of the Rugova mountains.

We arrive at the Patriarchate of Pec, outside there are the KFOR soldiers who require a passport for entry. The complex is composed of a marvelous Orthodox church, whose interiors are completely frescoed; there is also a small cemetery behind the church, cared for by a few Serbian religious. Everything is chock full of beautiful and colorful flowers, an oasis of relaxation and meditation.

Once in the center, we immerse ourselves in the bazaars of the city, there are many people and barbecued meat comes out of the premises and the appeal is too strong ... the choice will prove to be excellent!

We are ready to leave and say goodbye to this country so much discussed and that it is slowly trying to regain its balance thanks to the income that comes from its people who live and work scattered throughout Europe. We were very hard-fought on this goal, whether it was the case or not to explore it, backpacking ... in the end, our spirit of adventure took over and we are happy to have done it! But now it's time to turn the page completely and, after a long and tiring bus trip, we leave Kosovo to enter Montenegro.

Madeira – What to do in Madeira 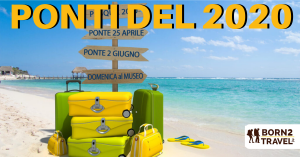